Class 12 board examination is a benchmark in a student’s academic career; it opens many doors for the students in the future for a promising career.

So, are you among those students who want to make a turning point in your career? If yes, then you need to understand the CBSE Class 12 subject-wise syllabus and make a thorough preparation.

CBSE Class 12 syllabus is provided here by SpeEdLabs, to help the students in their journey towards the preparation for the 2021-2022 academic years. The syllabus is designed as per the NCERT (National Council of Education and Research Training). A new bifurcated syllabus has been released by the board and the board exams will be conducted in two parts. This step has been taken for the worldwide spread of Covid-19. Here, we are providing the syllabus along with other necessary details for CBSE Class 12 for all subjects.

Below we have provided all the information regarding CBSE Class 12 exams for the academic years 2021-2022.

In CBSE Class 12, the students learn many new fundamentals in Mathematics and with the help of some basic knowledge from class 11; it doesn’t get them in much trouble. They will have a clear notion about the syllabus structure and the marking scheme for the entire academic year. This will help them to prepare in a better way with proper instructions and knowledge.

Syllabus assigned for Term I (Theory)

Electric potential, potential difference, electric potential due to a point charge, a dipole and system  of charges; equipotential surfaces, electrical potential energy of a system of two-point charges and  of electric dipole in an electrostatic field. Conductors and insulators, free charges and bound charges  inside a conductor. Dielectrics and electric polarisation, capacitors and capacitance, combination of  capacitors in series and in parallel, capacitance of a parallel plate capacitor with and without  dielectric medium between the plates, energy stored in a capacitor.

Electric current, flow of electric charges in a metallic conductor, drift velocity, mobility and their  relation with electric current; Ohm’s law, electrical resistance, V-I characteristics (linear and non linear), electrical energy and power, electrical resistivity and conductivity; temperature dependence  of resistance. Internal resistance of a cell, potential difference and emf of a cell, combination of cells  in series and in parallel, Kirchhoff’s laws and simple applications, Wheatstone bridge, metre  bridge(qualitative ideas only). Potentiometer – principle and its applications to measure potential  difference and for comparing EMF of two cells; measurement of internal resistance of a cell  (qualitative ideas only)

Syllabus assigned for Practical for Term I

First term practical examination will be organised by schools as per the directions of CBSE. The record  to be submitted by the students at the time of first term examination has to include a record of at least  4 Experiments and 3 Activities to be demonstrated by teacher.

Experiments assigned for Term I

1. To determine resistivity of two / three wires by plotting a graph between potential difference  versus current.

2. To find resistance of a given wire / standard resistor using metre bridge.

To verify the laws of combination (series) of resistances using a metre bridge.

To verify the laws of combination (parallel) of resistances using a metre bridge. 3. To compare the EMF of two given primary cells using potentiometer.

5. To convert the given galvanometer (of known resistance and figure of merit) into a  voltmeter of desired range and to verify the same.

To convert the given galvanometer (of known resistance and figure of merit) into an  ammeter of desired range and to verify the same.

6. To find the frequency of AC mains with a sonometer.

Activities assigned for Term I

1. To measure the resistance and impedance of an inductor with or without iron core. 2. To measure resistance, voltage (AC/DC), current (AC) and check continuity of a given  circuit using multimeter.

4. To assemble the components of a given electrical circuit.

5. To study the variation in potential drop with length of a wire for a steady current. 6. To draw the diagram of a given open circuit comprising at least a battery,  resistor/rheostat, key, ammeter and voltmeter. Mark the components that are not  connected in proper order and correct the circuit and also the circuit diagram.

Electromagnetic waves, their characteristics, their Transverse nature (qualitative ideas only).

Optical instruments: Microscopes and astronomical telescopes (reflecting and refracting) and their  magnifying powers.

sustained interference of light, diffraction due to a single slit, width of central maximum

The second term practical examination will be organised by schools as per the directions of CBSE and  viva will be taken by both internal and external observers. The record to be submitted by the  students at the time of second term examination has to include a record of at least 4 Experiments  and 3 Activities to be demonstrated by teacher.

1. To find the focal length of a convex lens by plotting graphs between u and v or between 1/u  and1/v.

2. To find the focal length of a convex mirror, using a convex lens.

To find the focal length of a concave lens, using a convex lens.

3. To determine angle of minimum deviation for a given prism by plotting a graph between angle  of incidence and angle of deviation.

1. To identify a diode, an LED, a resistor and a capacitor from a mixed collection of such items.

2. Use of multimeter to see the unidirectional flow of current in case of a diode and an LED and  check whether a given electronic component (e.g., diode) is in working order.

3. To study effect of intensity of light (by varying distance of the source) on an LDR.

4. To observe refraction and lateral deviation of a beam of light incident obliquely on a glass slab.

6. To observe diffraction of light due to a thin slit.

7. To study the nature and size of the image formed by a (i) convex lens, (ii) concave mirror, on a  screen by using a candle and a screen (for different distances of the candle from the lens/mirror).

8. To obtain a lens combination with the specified focal length by using two lenses from the given  set of lenses.

A. Items for Identification/ familiarity with the apparatus for assessment in practicals  (All experiments)

1. To determine the resistance per cm of a given wire by plotting a graph between voltage and current.

1. To identify a resistor, capacitor, inductor and diode from a mixed collection of such items.

2. To observe the difference between

i. a convex lens and a concave lens

ii. a convex mirror and a concave mirror and to estimate the likely difference  between the power of two given convex /concave lenses.

3. To design an inductor coil and to know the effect of

i. change in the number of turns

ii. Introduction of ferromagnetic material as its core material on the inductance of  the coil.

4. To design a (i) step up (ii) step down transformer on a given core and know the relation  between its input and output voltages.

Note: The above practicals may be carried out in an experiential manner rather than  recording observations.

The CBSE course structure is designed in a manner to ensure that students do not go through a lot of pressure, moreover, books are made interactive and interesting for students to enjoy their studies. A lot of fun activities are included in between the chapters to help students learn in a playful way. It makes the process of conveying knowledge to the students efficient and healthy.

The CBSE course structure is designed in a manner to ensure that students do not go through a lot of pressure, moreover, books are made interactive and interesting for students to enjoy their studies. A lot of fun activities are included in between the chapters to help students learn in a playful way. It makes the process of conveying knowledge to the students efficient and healthy. 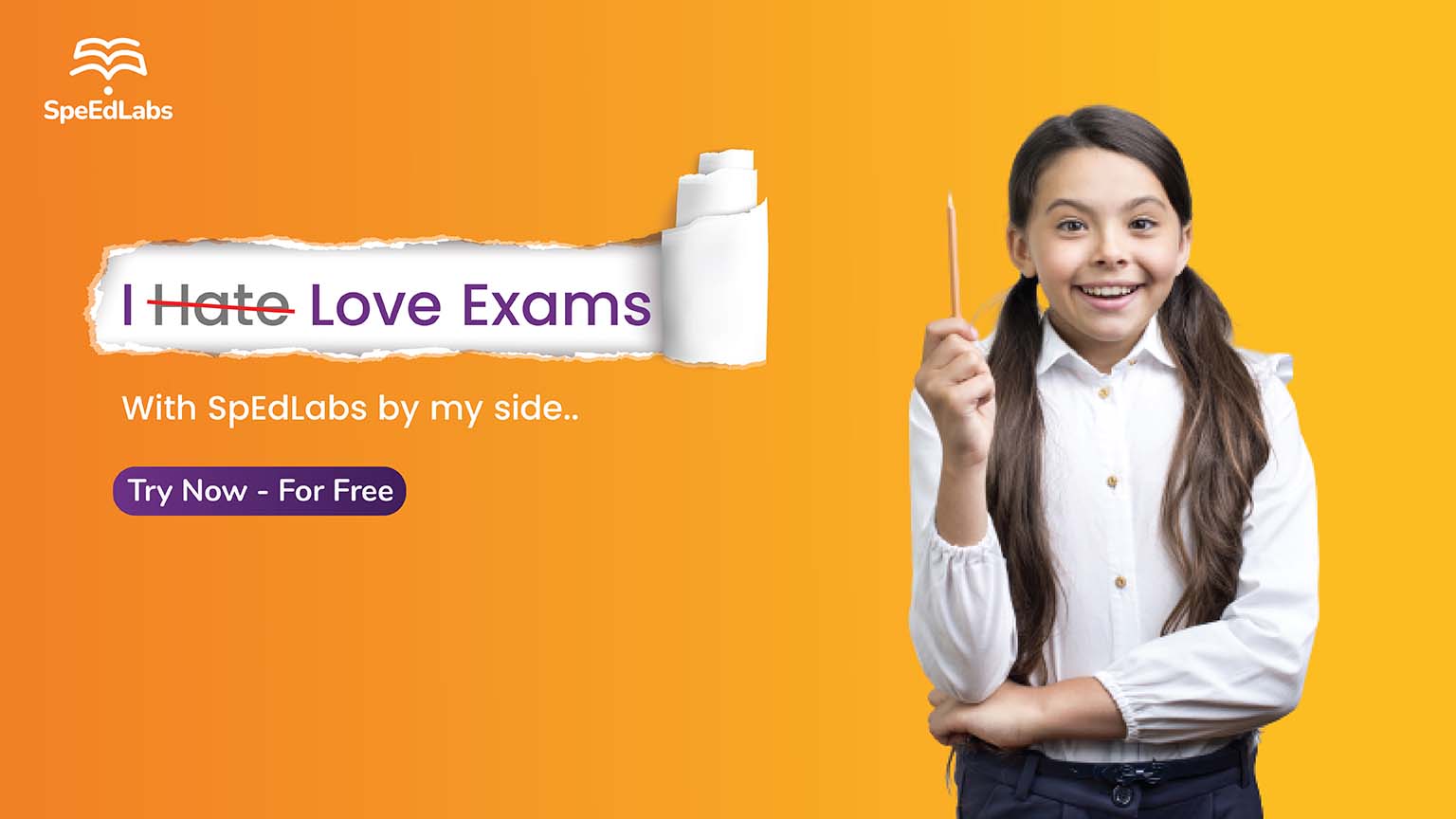