(i) Solute : A substance that is dissolved in another substance in lesser amount (a solvent), forming a solution. For example : Sugar, salt, etc.

(ii) Solvent : A substance in which another substance is dissolved in larger amount forming a solution. For example : Water, milk, etc.

Note: Solvent determines the physical state of the solution.

a solute during the formation of a solution. Therefore, depending upon the physical states of

solute and solvent, we can have following nine different types of solutions :

(i) Inter ionic attraction in the solute molecules : Molecules are stabilised in the lattice due to electrostatic forces and the energy released is known as lattice energy.

(iii) Solvation : It denotes the force of attraction between solute and solvent molecules.

(iii) Pressure : The solubility of solid in liquid is not affected significantly by pressure because solids and liquids cannot be compressed.

(iv) Hydration Energy : It is the amount of energy released when ions formed by 1 mole of ion get hydrated. It is an exothermic process.

It is defined as mass of solute dissolved per 100 ml of solution. It is commonly used in medicine and pharmacy.

It is used to express the concentration of a solute present in trace quantities.

Parts per million can be expressed in three ways :

Sum of mole fractions of all the components is always one.

(vi) Molarity (M) : It is defined as the number of moles of solute per litre of solution.

where, WB = Weight of solute

V = Volume of solution in ml

where, WB = Weight of the solute

W = Mass of solvent in g

Unit is mol kg–1 or molal (m). Molality and mole fraction do not change with change in temperature.

(viii) Normality (N) : It is defined as number of gram equivalents of solute dissolved per litre of solution

where, WB = Mass of solute

V = Volume of solution in ml

where, m = Molality of solution

where χB is mole fraction of solute, m is molality and MA is molar mass of solvent.

‘‘The mass of a gas dissolved in given volume of the liquid at a constant temperature depends upon the pressure applied.’’

It can also be stated as the partial pressure of the gas (p) in vapour phase is proportional to the mole fraction of the gas (χ) in the solution.

You have already completed the quiz before. Hence you can not start it again.

You have to finish following quiz, to start this quiz: 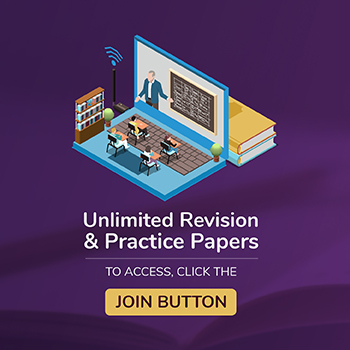