There are 2 papers in Physics – a. Theory paper and b. Practical and project as mentioned below:
Paper  I (Theory) – This will be a theory paper of 70 marks and 3 hours of time duration.

Scheme For Theory Examination [70 Marks]:
The theory exam is held for total 70 marks with a maximum time limit of 3 hours given to attempt it. The question paper of the theory exam consists of five types of questions, which is listed below.

This will consist of 30 marks. The subdivision is mentioned below:

Below are the list of the experiments of Physics practicals:

Note: The above practicals may be carried out in an experiential manner rather than recording observations.

Described Syllabus For Paper – I

Chapter 3: Motion in a Straight Line

Chapter 4: Motion in a Plane

Scalar and vector quantities; position and displacement vectors, general vectors and their notations; equality of vectors, multiplication of vectors by a real number; addition and subtraction of vectors, relative velocity, Unit vector; resolution of a vector in a plane, rectangular components, Scalar and Vector product of vectors.
Motion in a plane, cases of uniform velocity and uniform acceleration-projectile motion, uniform circular motion.

Unit-V: Motion of System of Particles and Rigid Body

Unit-IX: Behaviour of Perfect Gases and Kinetic Theory of Gases

Equation of state of a perfect gas, work done in compressing a gas.
Kinetic theory of gases – assumptions, concept of pressure. Kinetic interpretation of temperature; rms speed of gas molecules; degrees of freedom, law of equi-partition of energy (statement only) and application to specific heat capacities of gases; concept of mean free path, Avogadro’s number. 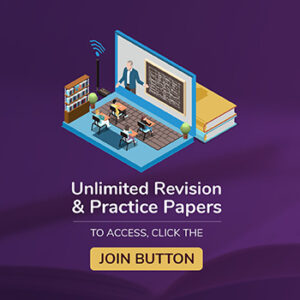